What is Cush it to the Limit?

Cush it to the Limit is a federally recognized 501(c)3 non-profit, whose mission is to accelerate treatment options and ultimately find a cure for rare T-Cell Lymphomas (TCLs) and other blood cancers. With the hard work of our dedicated partners and the support of our unpaid staff, we see to it that the money donated serves a direct and tangible purpose to overcoming this disease. 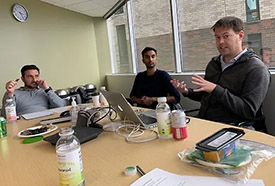 Who we work with

Our main partner is Dr. Andrei Shustov, one of the leading authorities on T-Cell Lymphoma. Dr. Shustov’s research takes him around the world, but his home base is the Fred Hutchinson Cancer Research Center located in Seattle, WA. Although heavily invested in the field of research, Dr. Shustov also finds time to teach at UW Medicine, care for patients at the Seattle Cancer Care Alliance, and serve as president of the board at the T-Cell Leukemia Lymphoma Foundation. Although this sounds like a lot for one man to handle, Dr. Shustov is not alone. He works with a team of qualified and hardworking individuals from around the globe who share an expertise in this rare strain of cancer. While a cure to all cancers may seem like a farfetched goal, teams like Dr. Shustov’s are making it more attainable with each day. 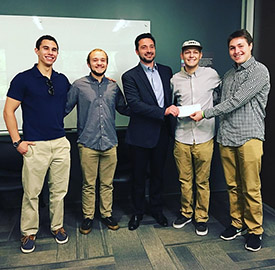 How We Got Started

Cush it to the Limit was founded by Ben “Big Cat” Cushing shortly after his diagnosis of Hepatosplenic T-Cell Lymphoma (HSTCL) in 2017. Realizing that his type of cancer was rare and received little funding, Ben decided to do what he could to inspire change and raise money for potentially life-saving research. It started out with bright green wristbands, but slowly grew to be much more. A campaign was established to raise money while Ben and his friends took to social media. As soon as the accounts were up and running, Ben was in front of the camera as well as on the keyboards to spread awareness. It wasn’t long before the first fundraiser was set up at MOD Pizza. Although this first fundraiser only raised a few thousand dollars, it showed that people cared enough to turn out for a cause they cared for, and that funds could be raised. It wasn’t long before we were running new annual events such as the Cush it to the Limit Golf Tournament. As of today, CITTL has raised about a quarter of a million dollars for cancer research, and hopes to continue progressing far into the future.